The University of Worcester is a public research university, based in Worcester, United Kingdom. With a history dating back to 1946, the university began awarding degrees in 1997 and was granted full university status in 2005. Since then it has expanded greatly and acquired many new sites across the city of Worcester.

The lecture theatres in the Edward Elgar building were originally lit with circular compact flourescent luminaires with the lack of lighting control resulting in them being left on for much of the day. Thorlux Lighting proposed a new installation that would combine the necessary energy savings with an improved quality of lighting throughout the building. This recommendation was based on installing the Thorlux SmartScan lighting management system which incorporates Smart intelligent lighting control. Integral Smart sensors monitor ambient light and presence, control output to the correct level, dim and switch when there is sufficient daylight and illuminate only when the area is occupied. Scene control is also provided tailoring switching and dimming of the luminaires to suit the specific requirements of the lecture theatre at that time. Projects utilising the Thorlux SmartScan System can frequently benefit from energy savings in excess of 70% when compared with conventional technology.

SmartScan automatically controls the emergency lighting test regime, monitoring the status of each luminaire and reporting daily to the SmartScan website. The SmartScan website allows users to view current status information as well as full historic data when required. The system also has the ability to provide occupancy profiling information. The data collected from the SmartScan Sensor, incorporated into the luminaire, can be used to monitor room occupancy even when the luminaire is turned off.

The Flexline is an extremely narrow profile linear LED luminaire designed specifically for mounting to an exposed T-bar ceiling. The luminaires incorporate low glare optics with a metallised louvre finish for high performance and efficacy, ideal for applications where glare is a concern. 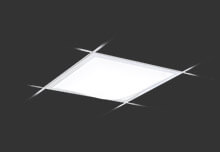 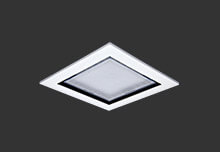 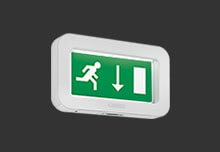 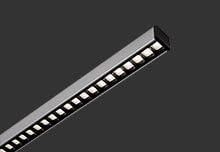 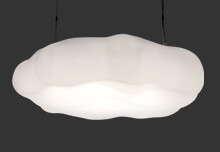